Tadao Ando is a man of remarkable talent. He is an entirely self-taught architect whose work has inspired countless architects all over the world. His interesting architectural philosophy and his contagious charisma have turned him into a world renowned architect.

In this article we explore his life and impact on the world of architecture.

Tadao Ando, is a Japanese self-taught architect, whose works are inspired by ‘critical regionalism’, an architectural philosophy that seeks to reaffirm architecture’s natural form in the building’s immediate location, and relevant local traditions in the face of modernity’s theme of international clichés which border on consumerism.

His structures are mainly located in his homeland, Japan, and are unique in their approach seeking to complement the site’s natural features like space and light.

Primarily working with concrete, Ando focuses on creating what he calls “nothingness”, which he states gives people something to ponder.

Over the years his strong values and principles have earned him numerous accolades in the field of architecture.

Not much is known about Tadao Ando’s family. He has a twin brother who was born minutes after him, Takao Kitayama.

They briefly shared a home until the age of two when their family thought it wise to separate the two, Tadao taken in by his grandmother while Takao remained with the parents.

Despite the two growing up in different environments, they still managed to find their footing and to be successful later in life.

Takao is a successful businessman while Tadao is now one of the most celebrated contemporary architects of his time in Japan.

At the age of seventeen, Ando would walk in the footsteps of his brother to become a pro boxer.

His boxing career took him places as he got to travel around major cities around the world like Bangkok, Thailand. While there, he visited Buddhist temples in his spare time and became took interest in their design.

He spent several years travelling in Japan, Europe, and the United States, observing building designs as he sought to find his unique design ethic.

After quitting his boxing career, he apprenticed himself to a carpenter and might have started a career as a builder instead of an architect except that he kept pitching his unconventional ideas to his clients.

Ando was not able to get into formal architectural training mainly due to the fact that he did not have the grades to get him into a good school.

Ando refused to establish an office in Tokyo, which is generally thought to be essential for architectural success in Japan, to demonstrate his independence.

He opened his practice, in 1969, at the age of 28, in his hometown Osaka. His firm is still based in Osaka, managed by his wife Yumiko.

The great majority of his completed projects are in or around Osaka, including several buildings in nearby Kobe.

Tadao finished his high school education and pursued boxing as a career. He, however, quit two years later to become a self-taught architect during his apprenticeship in carpentry.

Ando’s personal life is a private one. However, from the little that is known through his interviews, it is clear that his life is one with a sense of direction.

He has clear principles and philosophies which have guided him throughout his life and continues to do so until today.

He likes to share these philosophies with the rest of the world with the aim of making the world we live in a better one, through his religious views.

His life mainly revolves around his work, like a calling, his life has been greatly inspired by his deep love for what he does best-making art through his work.

In his personal space, you will find artworks that bare a significance to his life. For instance, the atelier, his home, is filled with fragments of Ando’s kokoro. There are charms in the tree; Le Corbusier models made by students and one by Renzo Piano; a note from Bono on the wall.

A simple, yet extremely sophisticated old man at the age of 75, still burns with vigor with so much more to offer during what is left of his life.

Where does Tadao Ando live?

Ando lives in downtown Osaka, his hometown. His house is listed in architecture books as the ‘Atelier’ or ‘Studio Annexe’.

It is a place where he goes to think but doesn’t actually live in the said listing. He built the house in 1995 but did not move in, preferring to use this house as his personal study where his award-winning ideas have come to birth.

The house is built on a 150 sq. meter parcel of land. It has a basement and three stories. He uses the first floor as his living room and the second as his study. The house is a true reflection of him and his life’s work, using materials such as softwood and cast concrete.

The stairwell leads to rooms of pure symmetry, filled with natural light.

During his early years, Ando worked as a pro boxer, known as the ‘Great Ando’, before quitting this line of work to pursue his lifelong dream of becoming an architect.

After a short carpentry apprenticeship, he taught himself the art and within a year he was fully proficient.

His boxing career had set the stage for him by enabling him to travel to cities around the world where he observed buildings built by architects of his time.

He then returned to Osaka in 1968 to set up his own design studio, Tadao Ando architects and associates at the age of 28.

Ando demonstrates his independence by refusing to reside in Tokyo, a city associated with architectural success.

Ando first achieved recognition with the Azuma House or the Rowhouse in Sumiyoshi, a small house in a working-class section of Osaka which received the Architectural Institute of Japan’s annual award in 1979. Completed in 1976, this project laid the structural and philosophical foundation for his later works: smooth concrete walls, large expanses of glass, spacious interiors, and the incorporation of nature in his buildings.

Tadao’s earliest works include the Rowhouse in Sumiyoshi, completed in 1976, which earned him recognition by receiving the Architectural Institute of Japan’s annual award in 1979.

Perhaps the earliest of all is the Tomishima House built in Osaka, Japan in 1973. Uchida House, also in Osaka is his second earliest, built in 1974.

His other significant projects during his career include;

What is Tadao Ando known for?

Ando is known for his unique approach towards architecture and his unique philosophy of critical regionalism that very few architects practice and fewer still are masters of.

Because of this, his buildings are close to being works of art as they intimately relate with the site’s natural features, integrating the building material, light and space to create one of a kind structures that fascinate people from all around the globe.

His philosophy, together with his charisma, have earned him worldwide recognition.

Ando employs critical regionalism for his works. It is an approach to architecture that seeks to create more humane buildings that reflect the culture and tradition of the places they are built in through the design and materials used.

His architectural style is said to create a haiku effect emphasizing on space creating beauty through simplicity.

What materials does Tadao Ando use?

He mainly uses concrete for his designs which creates a sense of weightlessness (despite the material being heavy).

Throughout his career has won numerous awards all over the world for his works. 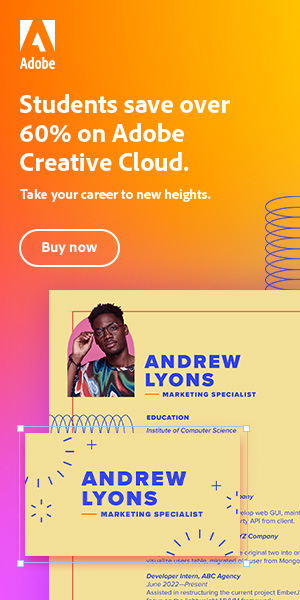